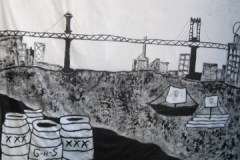 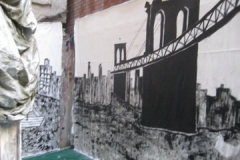 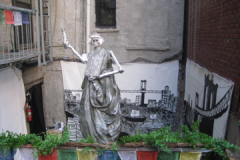 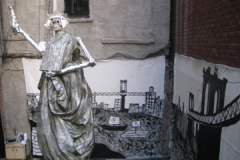 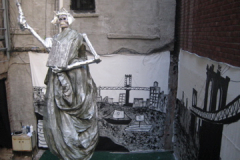 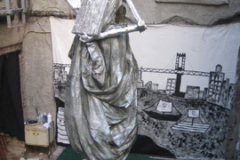 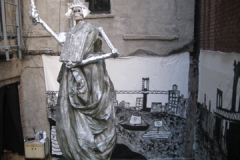 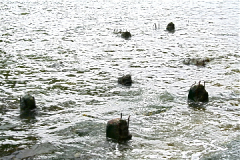 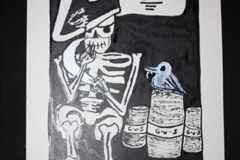 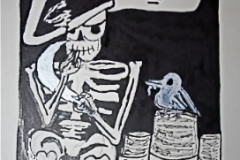 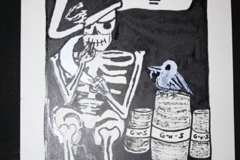 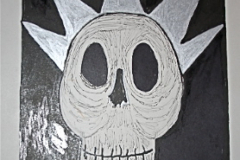 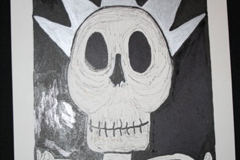 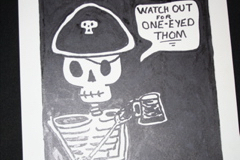 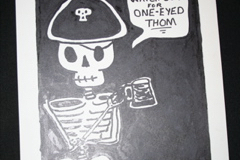 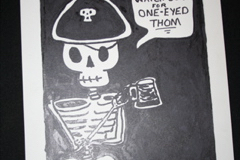 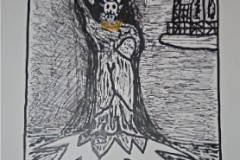 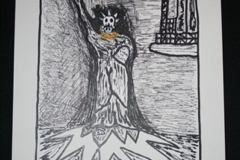 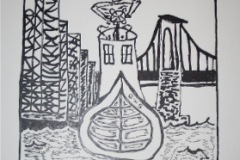 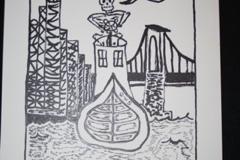 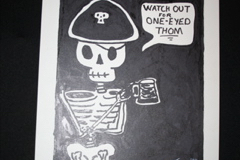 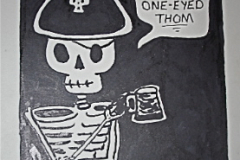 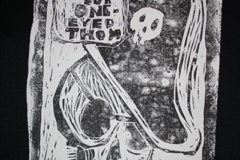 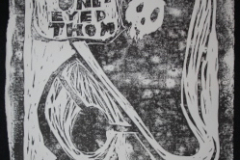 New York, N.Y., April 7, 2009 — art.les.nyc studios opens Season 2009 on Friday, May 1 with a twin-theme contemporary art extravaganza that will set the tone for our upcoming year: timely, cutting-edge, and resolutely engaged.

Come join us for a May Day trip through the Tales of Grog-n-Scrod, a mixed-media installation by resident artist  Aaron M Thompson and resident writer Mark Lepage. Resurrecting two noble populist spirits from New York’s 19th century – a martyred Lady Liberty, and the infamous pirate One-Eyed Thom – the project brings them into a present day that needs their patronage and inspiration more than ever.

The stunning visual centerpiece of this exhibition is “Liberty or Death,” a 10-foot contemporary version of our magnificent Lady of the Harbor, rising with torch aloft in the outdoor illuminated gallery, casting the pale glow of her sufferance over the new huddled masses. Set off by a striking and entirely new series of paintings by Thompson, the sculpture’s message Give Me Liberty Or Give Me Death is echoed in the Tales of Grog-n-Scrod, set in an Old New York that gentrification has buried under unsold condos and fusion restos but cannot destroy. The Tales follow One-Eyed Thom, legendary buccaneer outlaw, scourge of the robber-baron class, who stalked the cobblestoned streets of Lower Manhattan and prowled the black-running East River, fighting the Hook Gang and the Steamboat Squad, avenging the immigrant strivers who burned brightly in the Lower Manhattan dark, struggling, fighting, living and dying in the tenements of the growing port city.

The Tales of Grog-n-Scrod also reveals the secret origins of the recipe of our delicious Sangria Mixer, served at the art.les.nyc studio’s World Famous Tiki Bar. A new series of prints, posters and theme-related merchandise will be available from Tiki Bar II on the lower level of the gallery.

There is a $5 suggested donation at the door, which includes a complimentary Grog-n-Scrod pirate drink coin, redeemable at the bar Join us on Friday, May 1 at 7 p.m.. in the art.les.nyc studios, 202 Rivington Street, LES, for a Spring tribute to the rebel spirit of NYC that will shiver yer timbers.